In the video, Drachenlord indirectly confirms the house search on suspicion of child pornography. His pron blog is also closed.

Dragon Lord is back after a long break

In the latest video from yesterday, he indirectly confirms the house search and confiscation of his electronic devices. Previously, he spoke only vaguely of problems that would have kept him from new contributions.

The raid probably happened because someone reported him on suspicion of possession of child pornography. As a result, YouTube was quiet for a few days. Various Twitter accounts and YouTube channels were left guessing what could have caused the forced break.

An online petition full of errors

Now Winkler has started a petition for better laws against hate and bullying at change.org, which is more or less ignored there. It is probably due to the countless spelling mistakes that make the justification for the petition completely illegible.

In it, as well as in the video, the YouTuber presents himself almost entirely as a victim. Yes, he also insulted his opponents. But there was a lot more going on with Twitch or Discord. Dragonlord has been known to taunt and swear at people online when he feels he can afford to do so to victims.

Rainer Winkler doesn’t see the fault in himself

Almost moved to tears, he asks his fans to sign the petition so that something changes in Germany. So far he has only received 63 signatures. The video does not mention that he could hardly have bought a more conspicuous vehicle with the Ford, so that he could be recognized all over Germany. Or the fact that he revealed his current whereabouts in one of his own streams based on his real IP address. Rainer Winkler really makes it too easy for his enemies. In his opinion, third parties are also responsible for his dangerous bodily harm and violations of the road traffic regulations. All he wanted was to protect himself and his property when he beat the invaders.

The hater community meanwhile has a petition of its own in response started on the same platform, where they ask to delete the dragon’s channel on YouTube. This had to happen due to multiple violations of YouTube’s policies. He also actively asked viewers on the video platform to consume the content of his pron blog that was harmful to young people. The dragon lord, on the other hand, declares such activities as “ personal development, artistic freedom and freedom of expression”. Correction: The petition of Haider appeared two weeks before Drachenlord’s. As a result, he copied the idea from his opponents, not the other way around. 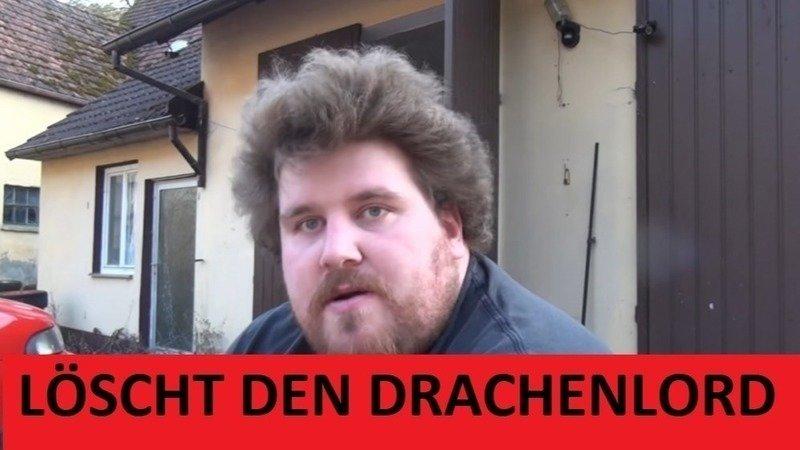 Delete the Dragon Lord – screenshot from the change.org petition platform.

No, of course a lot of what the hater community is doing is illegal and also not okay! We don’t even have to discuss that. But Rainer Winkler keeps fueling the opposition with new video messages.

The problem: Without new content, Winkler would no longer earn any money on YouTube. Winkler obviously does not see living only on state support and thus practicing digital abstinence.

And so the spiral of escalation continues to turn merrily. Violence soon resumes, bringing him back to justice. However, the next judgment is likely to be less harmless for him due to the previous proceedings. That’s what a lot of haters are just waiting for. They want to put him behind bars. If Rainer Winkler does not change his strategy, this should succeed in the coming months.

It also remains to be seen what the police will discover on Mr. Winkler’s recently confiscated hard drives. The dragon announced to a moderator who was investigating covertly for the hater community that there should be several videos on the hard drives that he shouldn’t have kept. So far it is not known whether the devices were encrypted. Probably not.