The directors of a Dutch GmbH for selling illegal IPTV offers will face a record fine of 115.000 Pay in euros.

The Dutch Antipiracy Association BREIN recently brought down another illegal IPTV provider. This time a settlement was reached with the directors of four limited liability companies. A court has held the defendants personally liable for their unlawful trade in pre-installed media boxes and IPTV subscriptions.

IPTV operators tried to protect themselves with their GmbH

The final total is 115.000 EUR, part of which is subject to change. The already signed waiver of future violations with a penalty clause of 10.000 EUR per violation or day or part thereof remains in force despite payment. According to German law, this would be comparable to a cease and desist declaration.

“The personal liability conviction shows that the pirates cannot hide behind a GmbH. These guys thought they could make a fortune from their illegal IPTV trade. And that cost them dearly,” wrote BREIN director Tim Kuik in his press release. 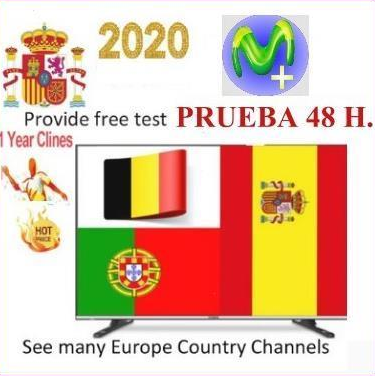 The directors used four companies and dozens of webshops to sell TV boxes, IPTV subscriptions and links to illegal IPTV.

The court had previously ruled that the directors personally and their limited liability companies “knowingly and for profit persisted in their infringing trade for a long period of time”.

At the beginning of this month, BREIN made a settlement in the amount of 70 000 Euro closed with a man . He offered illegal IPTV online from South America in the Netherlands.

“If If you commit a violation with your trade, it does not help to hide abroad. Because if you hide behind a BV (Dutch limited liability company, similar to GmbH in Germany), BREIN knows where to find you and is looking for you”, said Kuik.

Illegal IPTV consists of unauthorized offers from thousands of TV channels with (live) broadcasts, sports, films and series for around 10 euros per month. Thanks to the legal proceedings brought by BREIN, case law across the EU has concluded that this is an infringement. What is meant, of course, is the Filmspeler judgment of the ECJ, which is also valid in this country. According to this, the use of the online offers from Kinox.to & Co. is prohibited and therefore no longer a legally unclear gray area.

Customers usually pay six months or a year in advance. However, they lose their money if the offer is discontinued by third parties or the operators rip off their customers. The subscribers themselves also commit rights violations by streaming illegal IPTV.

Pearson is exploring NFTs and blockchain for digital textbook resale