Kenya’s presidential election has been declared won by 55-year-old William Samoei Ruto. He is the leader of the Kenya Kwanza (Kenya First) coalition’s United Democratic Alliance party. Ruto won the election over Raila Odinga, 77, a candidate for the opposing Azimio la Umoja (Unity Declaration) group. He succeeds the incumbent after contested elections, making him the first candidate to win the presidency on their first try in Kenya. William Ruto, the deputy president, has turned his attention to Raila Odinga’s political base after successfully reducing the dominance of President Uhuru Kenyatta in Central and the Moi family in the Rift Valley.

The term “orange” comes from the ballot cards used in the referendum, where the orange stood in for a “no” vote and the banana for a “yes” vote. As a result, the parties showed that they backed a “no” vote in the referendum of 2005. The KANU party of Uhuru Kenyatta and the LDP of Raila Odinga served as the ODM’s original cornerstones. Odinga remained in KANU when Kenyatta departed and now heads ODM.

The supporters of Mr. Odinga claim that they will oppose Dr. Ruto by urging citizens to continue electing ODM candidates exclusively.” We knew why we asked you to vote just for orange party candidates. Think about how embarrassing it would have been if we had chosen Gumbo in Siaya among other candidates. Were we to have hidden our faces, where? We fought for “six-piece” because of this. Incoming Siaya senator Oburu Oginga stated, “We knew these guys weren’t honest.

Leaders like the upcoming Migori Woman Representative-elect Fatuma Mohammed and Lang’ata MP Felix Odiwuor, also known as Jalang’o, have already admitted that they were approached about joining the Kenya Kwanza Alliance but turned down the offer.

“Even though I ran as an independent, Azimio is my alliance. I want Ruto’s representatives to convey to him that no amount of money can sway my allegiance to Raila Amollo Odinga. When Ochillo Ayacko was sworn in as the second governor of the county, Ms. Mohammed declared, “Never in my life will I betray him.

Dr. Ruto intends to use regional leaders who disagree with Mr. Odinga to counteract his long-standing influence. The most recent participant is Ugenya MP David Ochieng, who organized a group of lawmakers to join Kenya Kwanza under the banner of his Movement for Democracy and Growth party. Mr. Ochieng now stands beside former Rarieda MP Nicholas Gumbo, who lost to James Orengo in his re-election bid for governor of Siaya.

The United Democratic Movement (UDM), run by former Mandera governor Ali Roba and recently signed a pact with the Ruto-led coalition, is where Mr. Gumbo left to join Kenya Kwanza.

Which will lead to a war between the two teams. Ruto painted the probe as a cunning attempt to seize control of his political strongholds in the greater Rift Valley and, consequently, deny the water-scarce pastoralist communities of northern and northeastern Kenya access to a crucial resource for development.

Supporters of Ruto in the Rift Valley are becoming less enthusiastic. The Rift Valley will never be tense. There have been sincere reconciliation as a result of lessons learned. According to Senator Aaron Cheruiyot, a fervent Ruto admirer, the bonds cannot be severed even by an Uhu Ruto split.

Kenya Kwanza’s political and economic plans will be inclusive of Mr. Odinga’s base under Dr. Ruto’s administration. He stated that they intend to contact all elected Luo Nyanza leaders.

“This week, we welcomed Fred Outa, Jack Ranguma, Olago Aluoch, and David Ochieng into Ruto’s family. Last week, Eng. Gumbo and others joined us. Our next visit is Homa Bay and Migori counties, where we’ll be joined in the coming days by a significant number of previously Azimio-leaning senior politicians, said Mr. Owalo. 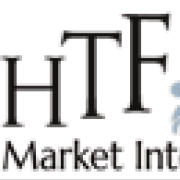 Elnaz Rekabi Of Iran Participated In Tehran Without Wearing A Hijab.

Lula Will Retake The Presidency Of Brazil After Defeating Bolsonaro